Big news: we’ve changed the name of our subscription service for building better developers. We’ve previously referred to ourselves as both Learn and Prime, but now we’re Upcase.

You can find us at our new home: upcase.com.

What’s more, in the last few months we’ve added peer-reviewed coding exercises that have been a big hit. You can complete the exercises using your local development environment, submit it with a simple git push and get your solution reviewed by real humans (including thoughtbot designers and developers).

Here’s a look at the UI: 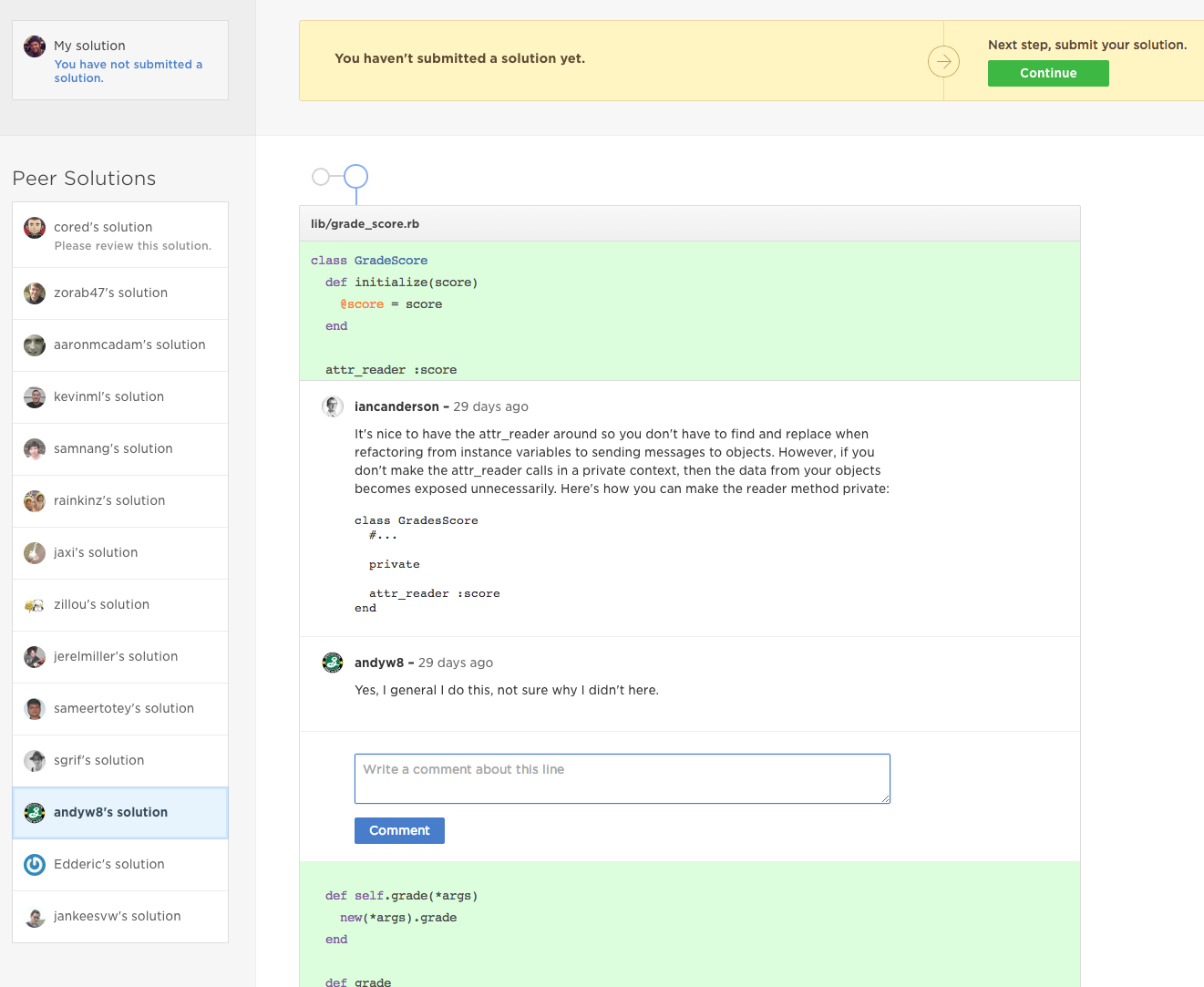 If you’ve been waiting to subscribe (or have subscribed in the past), now is a great time to take another step toward getting hired full-time, launching your own app, or improving your skills despite being isolated.

If you’re interested in adopting the thoughtbot way of building Rails apps (including vim mastery, pragmatic TDD, and object-oriented design), check us out!