We are in the pre-launch phase for Rototo, an iPhone and Android game we created in our Stockholm office with help from Melissa and Connie in Boston.

A core part of our launch plan is to build up an email list of people interested in playing the game when it is released.

It is a Middleman site hosted using GitHub Pages. Since the site is static, we are using FormKeep to capture email addresses.

We now need to drive traffic to the website. We’re doing that in expected ways:

Twitter’s Lead Cards and FormKeep allow us to let our potential customers skip the step of landing on the website and submitting their email address. 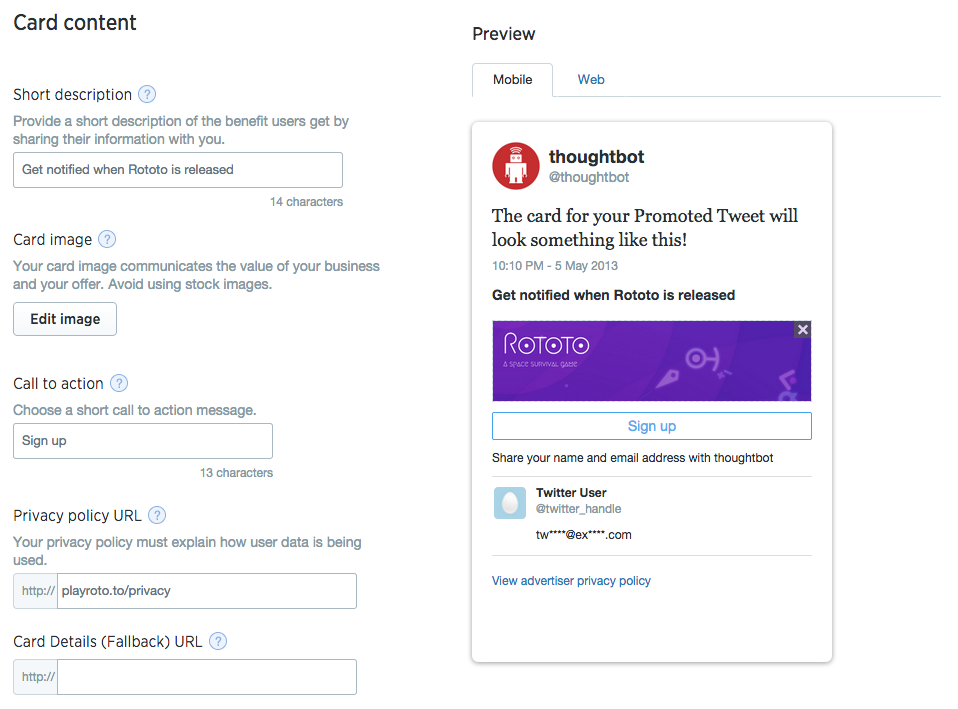 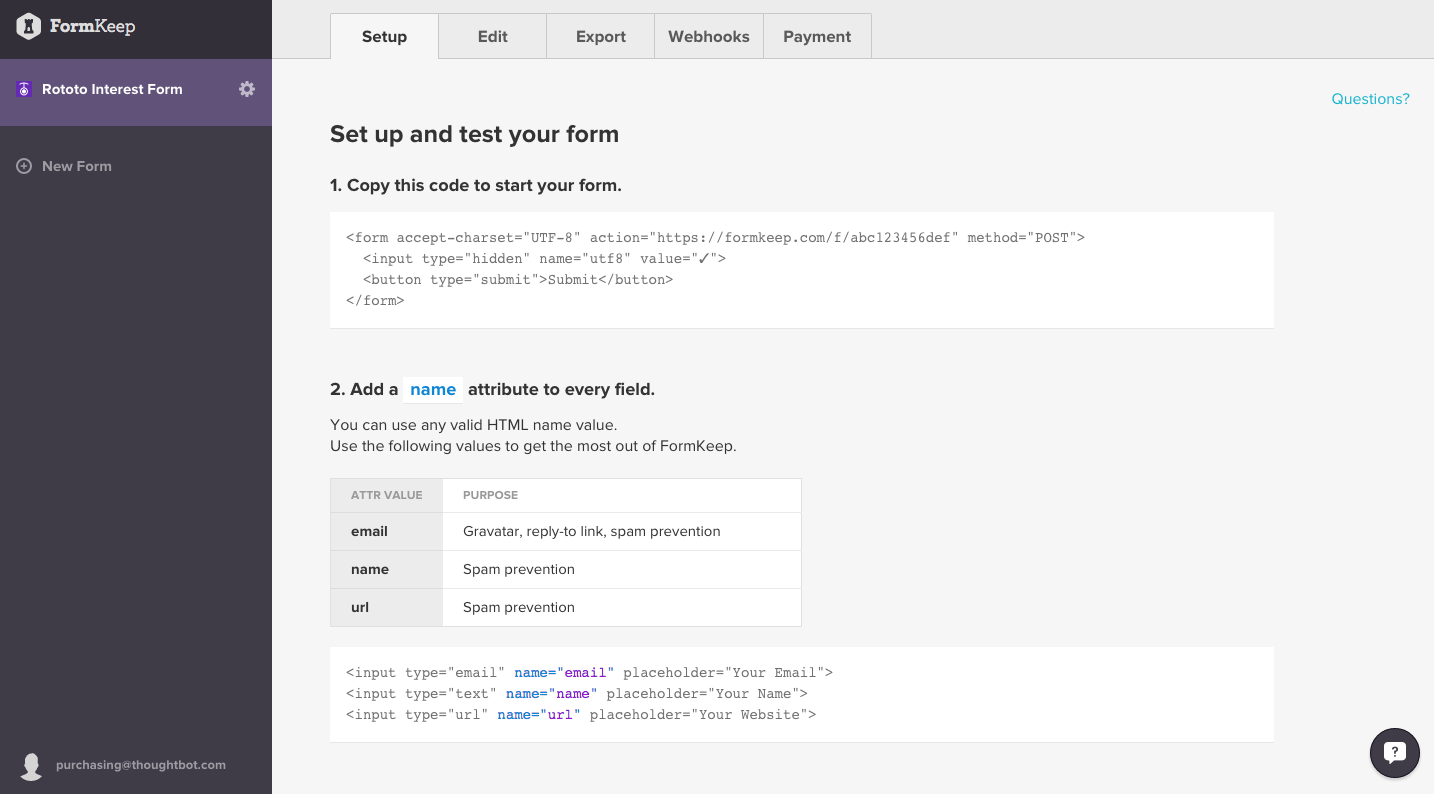 At this point, you would normally copy the HTML and paste it into your static landing page to start collecting email addresses in your pre-launch campaign. For the purpose of the Twitter card, copy the URL in the action attribute of the form element.

Use the URL in your Lead Card

Save and continue. The Twitter Ads platform will immediately test the setup: 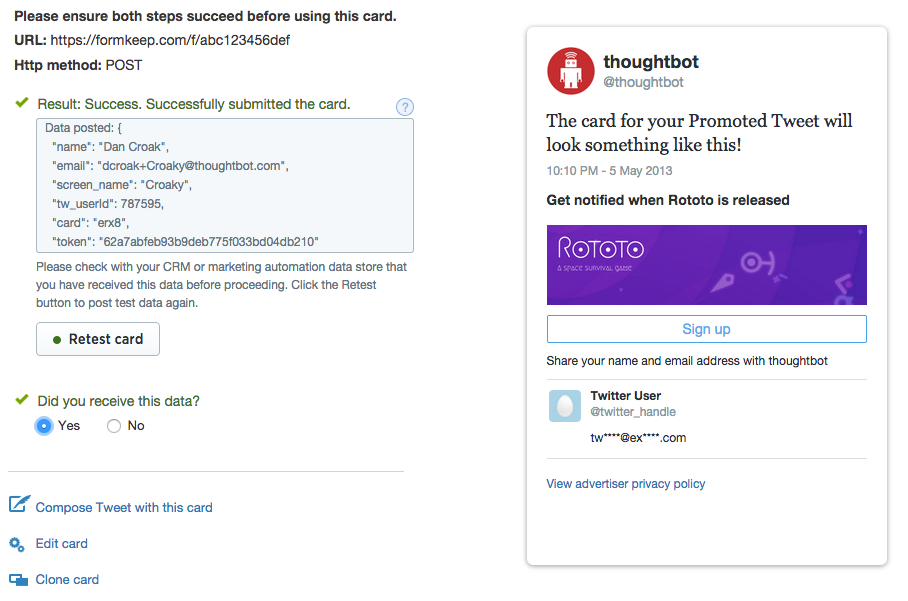 If there are any errors, they will show up here. This screen shows a successful POST and asks us to check our CRM or marketing automation system to confirm it is set up correctly.

Click “Campaigns > Reports by objective”. Click “Create new campaign > Leads on Twitter”. In the ad creative section, you can compose promoted-only tweets and select the Lead Card as their call to action: 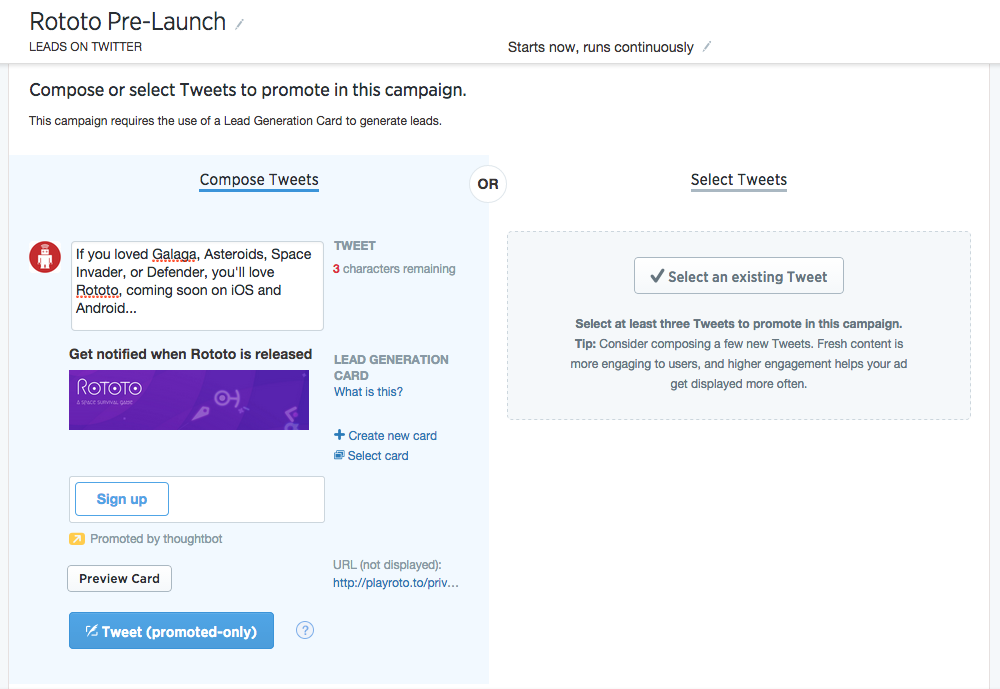 The rest of the “Create new campaign” form contains targeting, budget, and schedule options that are custom to your product.

Over time, the FormKeep form will look something like this: 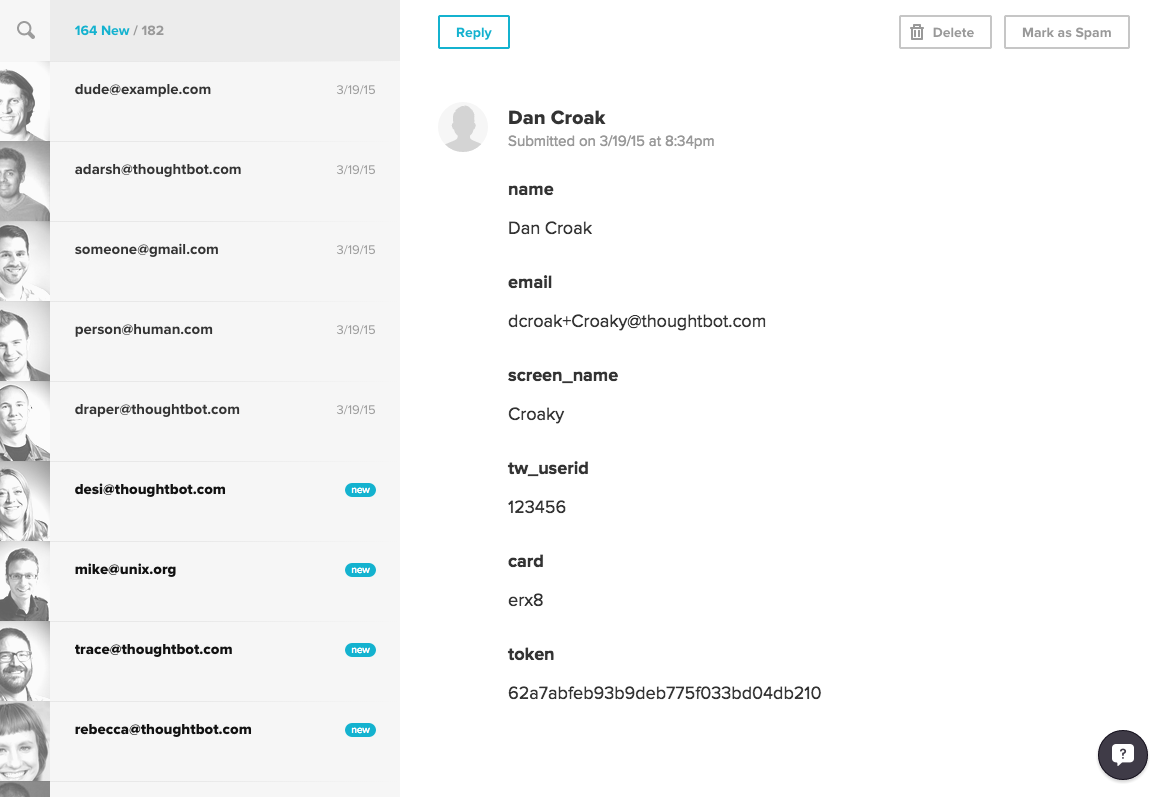 Submissions will come in both from the website pre-launch form and from the Twitter Lead Generation Card. The Twitter leads will contain a bit more information, such as the user’s Twitter handle, but FormKeep handles the mix of data gracefully.

For any sale, it’s a good idea to follow up with leads within minutes. For a lead added to a mailing list, our goals are to reinforce the value proposition and generate an asset in the person’s inbox for them to see, be reminded of, and hopefully share with others.

For Rototo, we have a FormKeep Zapier trigger a HubSpot email to autorespond to folks who sign up. We remind them of the value proposition, link to a few fun YouTube clips of Galaga, Space Invaders, Missile Command, Defender, and other retro games to stimulate nostalgia and excitement, and finish with a call to action to spread the word.

FormKeep works equally as well with MailChimp, other Zapier integrations, or no email at all if you want to keep it simple with a CSV export later on.

Create a Twitter Lead Card and a FormKeep form!