Let me first say that Undercover Boss hurts people. It is an exploitative mess that rubs our collective nose in many socioeconomic inequalities, and should have never been given airtime. Websites and apps, however, aren’t people. They are built by people, which is an important thing we’ll get to in a bit.

If you’re not familiar, Undercover Boss is a TV show where the owner of a company goes out and spends time with their employees, The Prince and the Pauper-style. The boss then learns about how the business is run, resumes their mantle, and then doles out rewards and, uh, working condition improvements. Lessons are learned, talking head shots are recorded, and everything wraps up in a tidy 30 minutes.

One of the points the show makes—the sole point I think is redeemable—is that drift can happen between business goals and boots on the ground. When that happens, problems arise. You might see where I’m going here.

Generally speaking, the web is a mess. Apps are starting to get that way, as well. For example, here’s a website that’s checking all the business need boxes, but is what we in the user experience industry would call “a godforsaken trainwreck.” 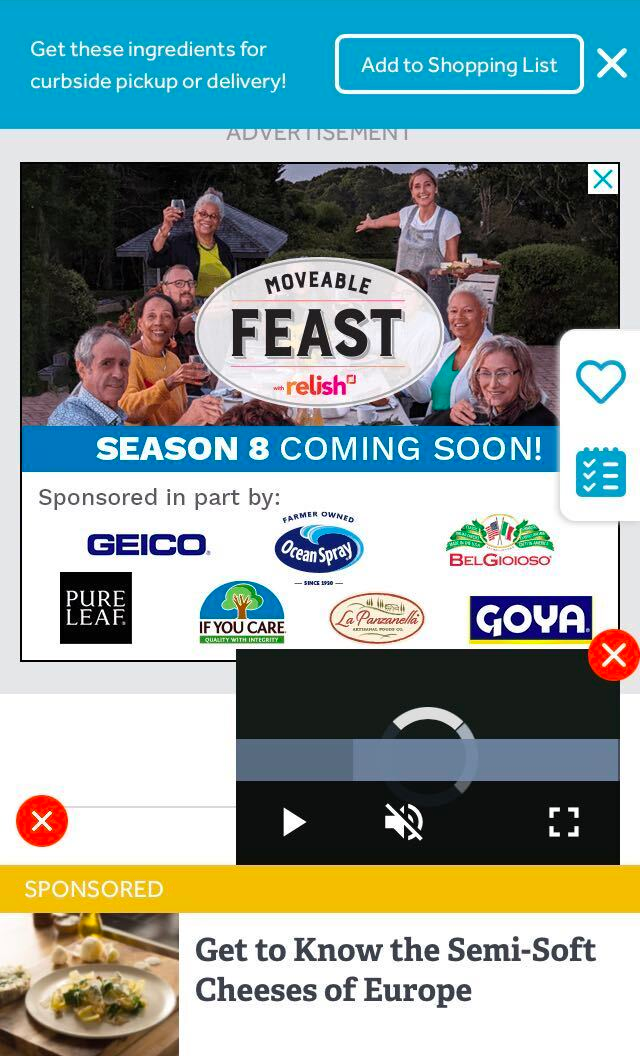 If you’re in charge of a digital product, here’s a challenge: go undercover. No, I am not saying you should pretend to be a new developer, designer, product manager, copywriter, etc.

What I am saying is that you should look at the state of your product with fresh eyes. Forget things like your OKRs, your ROI, NPS, burn rate, and your growth curve. You need to turn off your business objectives Terminator-vision.

Look at your product. I mean, look at it. Resist the urge to break it apart into its component pieces and consider the experience as a holistic whole instead.

The map is not the territory

Put yourself in the mindset of who you imagine your target customer is. Ideally, try to do this outside of your working hours. Get a snack, throw something crappy on Netflix, and do some multitasking. Try to have a verbal or text conversation with a family member or friend. Maybe get a little tipsy, as well!

The idea here is to shake your connection to your product, and instead try to achieve the mindset and flow state of a normal, busy person who has multiple competing concerns demanding their attention.

Now, try and do the main thing that makes your product money. Do you need to create an account to get there? Do that. Do you need to add payment information? Do that too.

Take notes about what gets in your way—you don’t even need to know the official name of it, just a quick description or sketch is sufficient. My personal favorite here is the survey prompt that fires before you conduct the action you’re supposed to give feedback on. Does something take forever to load? Write that down as well.

All of these notes represent friction that keep your product from delivering on its core value.

How did we wind up here? There’s usually a main culprit.

A lot of companies double-down on quantitative metric gathering tools, as they’re easier to generate. While quantitative information is valuable information to collect, understand that collecting it at the expense of ignoring qualitative experiences means you avoid uncovering the big-picture things blocking success.

If you’re not convinced, know that quantitative metrics in a vacuum can also run into a few large problems. Don’t take my word for it, either. Here’s a great article from one of the world’s preeminent experts on user research:

Jakob Neilsen does a far better job explaining the potential pitfalls than I ever will—it’s well worth a read.

Don’t get mad, get curious

Remember when I said that websites are built by people? Don’t take out your frustration on them. Sit with your emotions for a bit. Understand that the friction you’ve identified is a manifestation of your direction, and this is usually the best attempt to translate the abstract into the actual given the resources made available to them.

Make no mistake: this sobering moment presents an opportunity to refine your user experience. This is a gift.

Resist the urge to upend everything and start again. Redesigns are a tricky, delicate thing. You need to balance rolling out improvements with not alienating the people who already use and rely on your product—I’ve seen more than one large, popular website fail because of this.

You’ll want to start with the problem when detangling things. The idea behind this is to shake out underlying concerns and motivational factors. This will help treat more of the cause, and less of the symptoms.

I’m also not so arrogant as to suggest a visual refresh will fix everything. Oftentimes these surface-level issues are the manifestation of a tough business decision, and is the least-worst call someone can make in a bad situation. Changing a 3 pixel border radius to 5 simply won’t address the problems that need to be dealt with.

Another common pitfall is treating your product like a series of snapshots, and not a living, breathing ecosystem. Those least-worst call implementations I just described are often released in a vacuum, and then never revisited. Taking a broad, cross-silo look at the situation may identify shared pain points amongst these disparate solutions, which creates opportunities to solve once for many.

The micro is the macro

While it is good to fight analysis paralysis and break things down into the smallest possible actionable tasks, you also don’t want to forget the bigger picture. Employing a variety of qualitative research methods can help check to see if you’re on the right track.

And what is that bigger picture? It’s the people who use your product. Freeing yourself of a tail-wagging-the-dog mentality opens you up to listen, really listen to what they have to say about the experience. It might be shocking at first, and it might hurt, but you’ll probably learn a whole lot.

Armed with knowing what your problems are, the structural and experiential changes that can help address them, and the metrics that can verify it, you are well-positioned to empower your employees to go about making positive change.

Know that this might take time, and there might be missteps. That’s okay! Fostering a culture where experimentation is encouraged actively pushes against a culture of doubling down on optimizing the wrong things.

You also don’t have to go it alone. thoughtbot has years of experience helping companies of all sizes create successful projects. If this sounds like something you’d like help with, get in contact today!