Since graduating, our alumni have been building great stuff. Here’s a selection of their work. 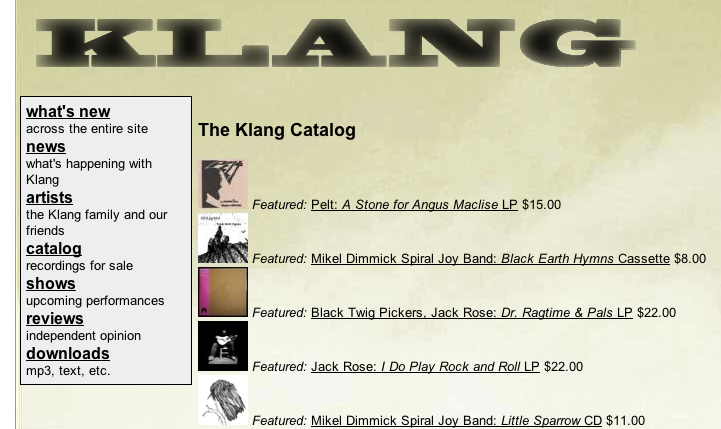 It combines a blog-style news section, a product catalog w/ a (not fully automated) shopping cart, a show listing, and some other features. Behind the scenes, there’s Shoulda and Factory Girl for testing, and I recently replaced file_column with Paperclip and restful_authentication with Clearance.

As if that wasn’t enough, Mark has made Klang’s RunCodeRun builds public. For those unfamiliar with RunCodeRun, it’s a hosted Continuous Integration service from Relevance.

The idea isn’t new, I originally did this is Perl five or so years ago, and the most popular post on my blog is a how-to I wrote a year ago.

I wrote a gem for internal use at the same time I wrote the post, but I never published it. My testing was weak, and I didn’t want to put it out in the world without better coverage. Enter Advanced Rails Training. The class really helped me get my head around testing and TDD, and that’s how I’ve been approaching all of my projects. I re-built the gem using TDD and posted it to GitHub.

This is a cool idea and has a nice API:

Great job, Mark and Spike! We can’t wait to see what the growing ranks of alumni make next.