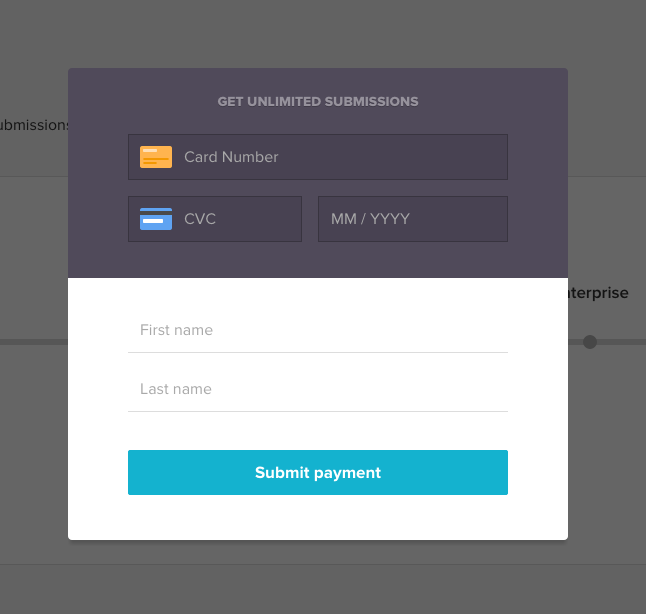 We went through a few implementations, each of which involved tradeoffs between user experience and code maintainability.

The initial implementation involved the PayController managing an internal showModal flag, toggled with a <a> tag.

This functioned well enough, but had some drawbacks.

From a maintenance perspective:

From a usability perspective:

Thanks to Ember’s emphasis on serializing application state to the URL, we had options.

Managing visibility with a query parameter

Exposing the modal’s visibility flag to the URL was the simplest improvement we could make.

One possible approach was to embed the flag as a query parameter.

This approach improved upon our previous implementation:

However, the implementation still had drawbacks:

As an alternative approach to persisting visibility state as a query parameter, we could instead dedicate a separate route to the modal.

We found this approach to be the best:

Dedicating a sub-route to our payment modal met all of our criteria, however, depending on the modal’s intended behavior, this may not be the case for you.

If the modal is meant to be quick and ephemeral, use Ember.Route#replaceWith to close it.

Ember.Route#replaceWith removes the current URL from the browser’s history stack, which would prevent access to the modal through the back or refresh button.

View the live JSBin code below.

The next time you’re faced with maintaining application state with an internal flag, consider embracing the power of the URL.