In late March, we announced launching an online workshop, “How to Supercharge Your Rails App with a Code Audit”. It was attended globally, fun was had by all, and we shared some of the areas of focus, enjoyment, and pitfalls we run into when conducting code audits for clients.

I’m excited to announce that if you missed it the first time, you’ll have another chance to attend! We’re hosting a second round of this workshop on Thursday, May 28th at 12pm ET. 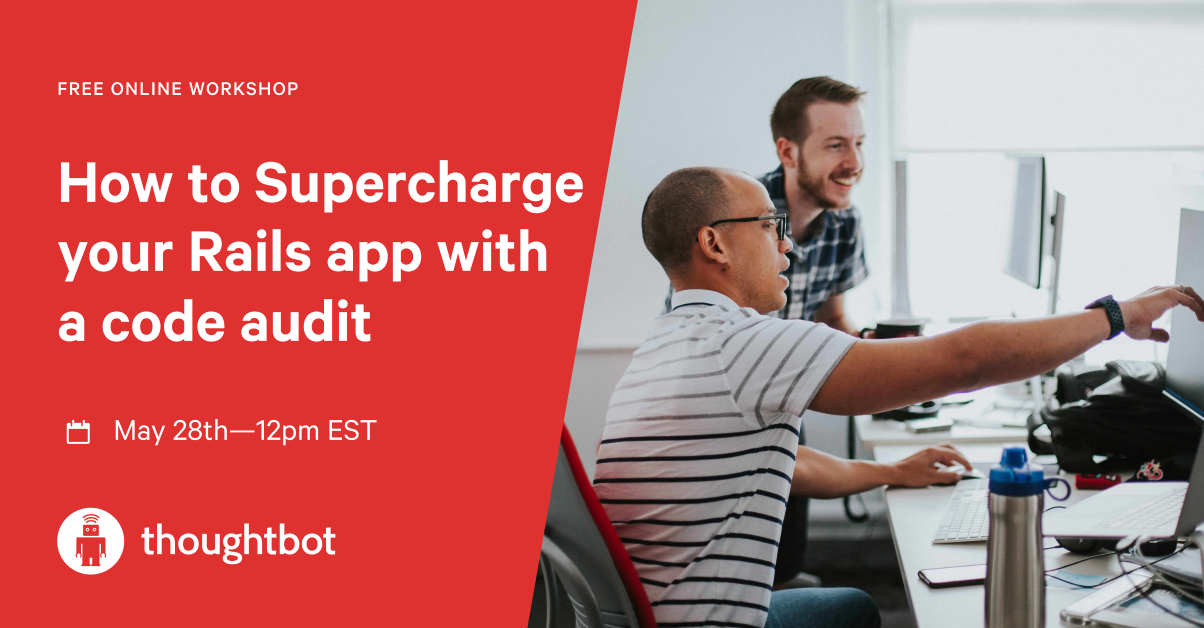 We’ll cover some key areas of the audit, including:

One of the highlights for everyone involved (both us and the audience) was being able to answer questions from the crowd; we were able to spend about fifteen minutes talking with folks about approach, tooling, and things we’ve run into. When you sign up, be sure to include any questions you might have!