A short while ago, Ralph informed us that he wanted his home on the web remodeled and we felt we owed it to him. It’s been about 2.5 human years since the last update, and he was starting to ask about the cobwebs. The previous website has served us well, reflected our brand well, and received almost entirely positive feedback, but it was starting to look a bit dated.

Since the last redesign, thoughtbot has gained two experienced web designers: Kevin Burg and myself. We know thoughtbot has achieved a good deal of success in the Rails world, but we feel it’s the designers turn to shine a little.

The primary goal of this redesign was to give the site a new look — up to par with modern web design standards — while still preserving the core of our brand. During the redesign, we kept the “success in simplicity” that the previous design has achieved in mind. We finished with what we think is a solid visual realignment of the site, a preservation of the brand, and a more effective communication of the company’s core skills and focus. 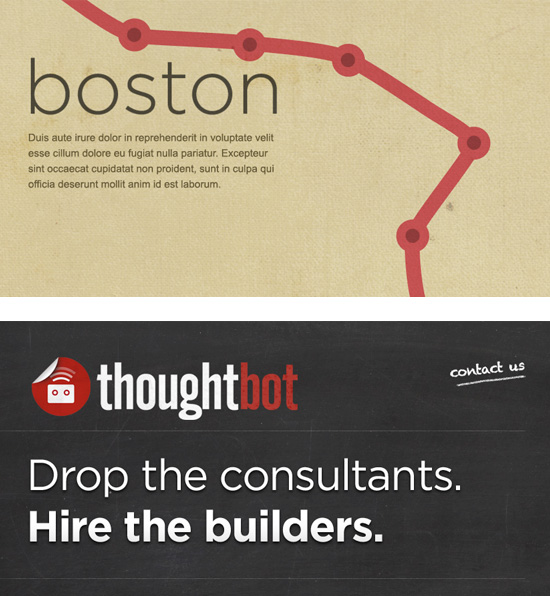 The design process started with some experimentation through graphical mocks. Initially, we tried implementing a theme to the new design. We toyed with a chalkboard motif to play on a “we are the builders” mindset. Along with that, we tried using a map of the Boston T system geared towards our centralized locale and how we are really at a great location to help start ups in Boston with their ideas. Eventually we decided we had been spending too much time just playing with Photoshop and tried to move on to a real design. The day we decided this we both separately produced two really strong concepts. We spent the next couple days merging our work into a sexy unified design. What you see now at thoughtbot.com is the aforementioned sexy design.

Fred and Kevin go on different design paths with the intent to integrate their designs in to one final design: 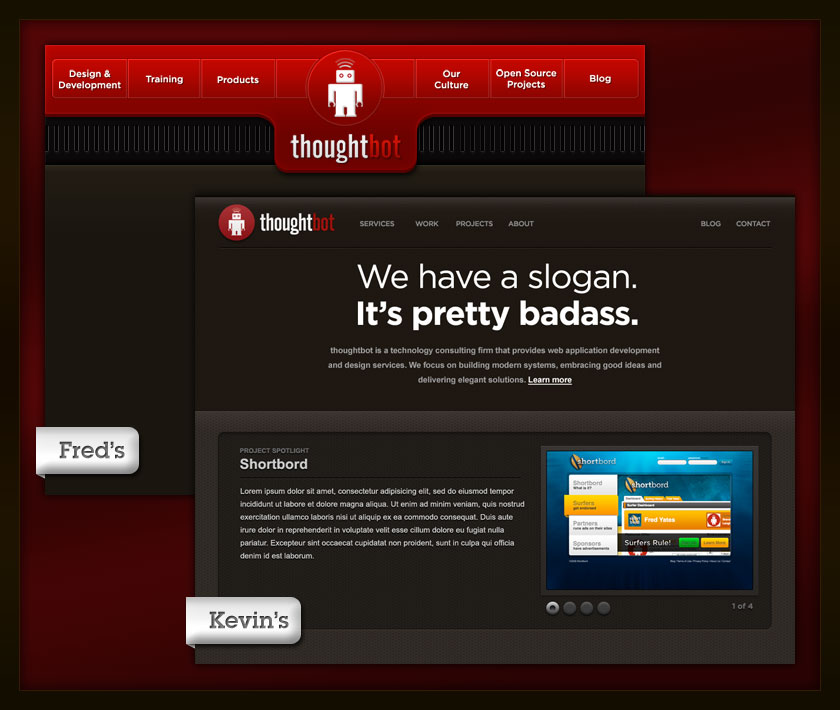 Evolution of the header — part of the collaboration process 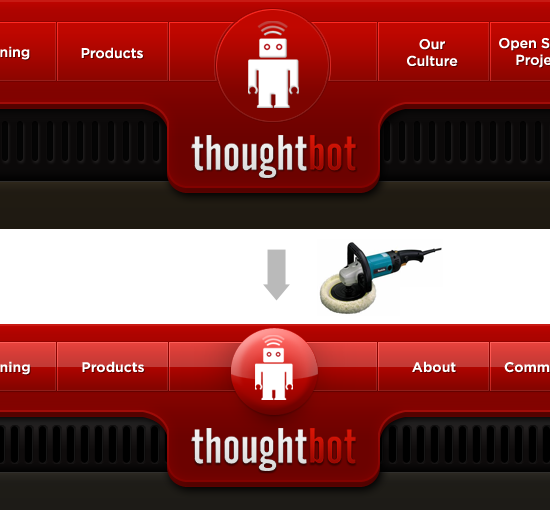 Some of the most prominent visual changes

We hope you enjoy the new site, we are very proud of it. Be sure to let us know if you love the redesign, hate it, or wish it had unicorns and rainbows on it. There may even be an easter egg or two lying around.