Along with a number of other cool new features and performance improvements, Ruby 2.6 added function composition to the Proc and Method classes. Today we’ll take a look at how this allows us to use some functional programming goodness in our Ruby code.

What is function composition? 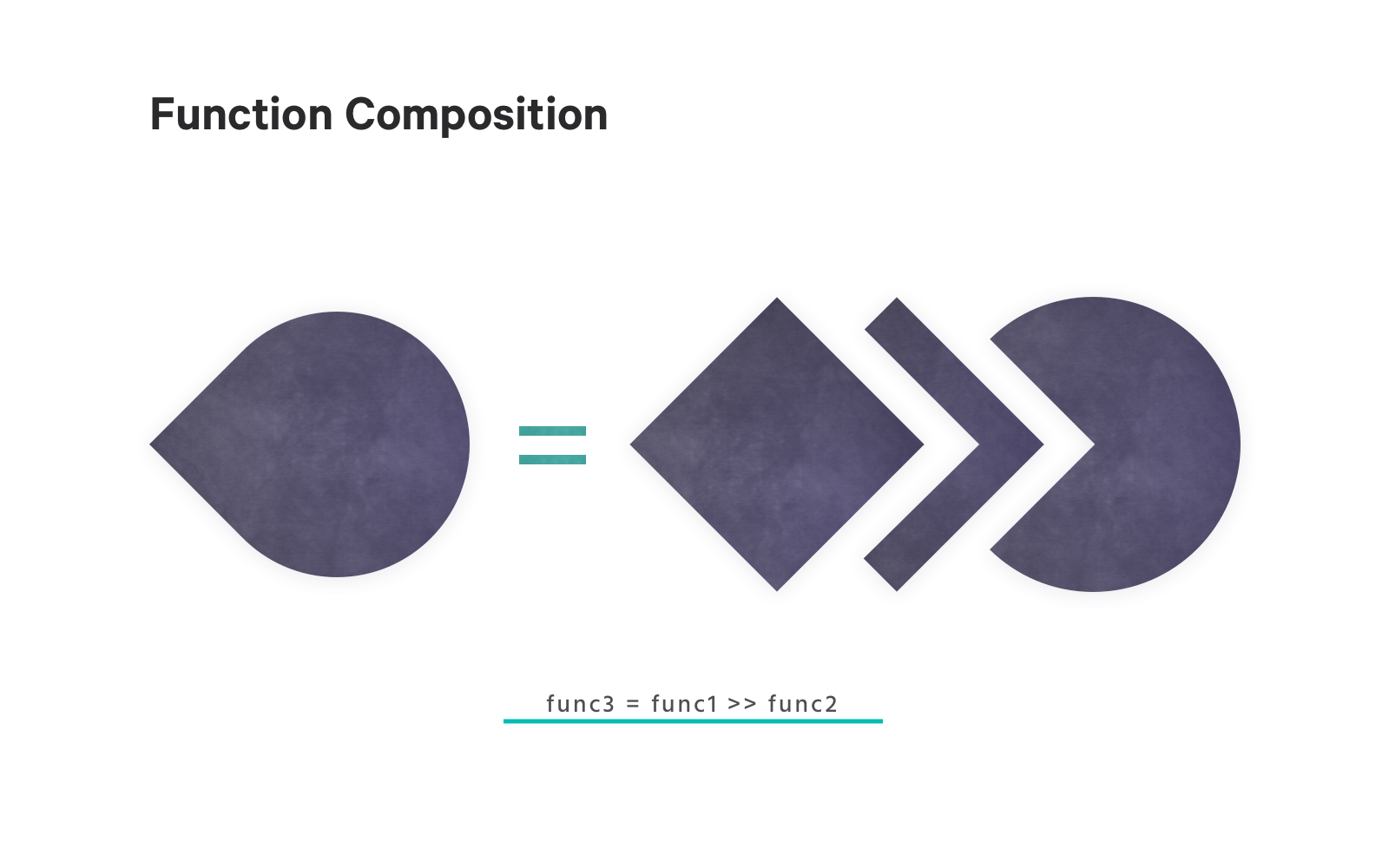 I’ll borrow some syntax from Haskell to describe this in a more concrete way (don’t worry, we’ll get to some Ruby shortly!) Let’s say we have two functions: func1 and func2. The type signature for func1 is:

So how does function composition look in Ruby? Let’s look at a real(-ish) world example using Ruby Procs. Let’s say we have defined the following:

Invoking subtract_benefit subtracts the cost of a benefit from a salary:

Invoking pay_tax subtracts the tax as a percentage from the salary:

Now we can compose these two with Proc#>> to create a new Proc which, given a salary, calculates our take home pay after tax and benefits:

This is the same result we’d get if we nested then calls:

As the employee, we’ve worked this to our advantage by subtracting the benefit amount before taking off the tax. If we pay tax and then subtract the benefit cost we’ll end up with a different result:

In this case we changed the order by reversing the order of the procs. We can also control the ordering with the operator we use. Proc#>> goes from left to right but its counterpart Proc#<< goes from right to left.

Let’s wrap up the example by defining a Proc which formats the salary nicely:

Now we combine this with calculate_take_home_pay to create a Proc which takes a salary and returns a nicely formatted take home amount:

Pitfalls to Look Out For

When combining functions, we need to make sure that we’re composing in such a way that the types match. In our intro we borrowed some type signature examples from Haskell, which is statically typed. The Haskell compiler will let us know if we’re trying to compose functions whose input and output types are not cohesive, i.e. whose types don’t match.

Ruby is a little bit more flexible, and we rely on duck typing rather than on a static type system. But we can still combine functions in ways which don’t make sense, resulting in runtime errors.

Now we combine them into a function (of dubious usefulness) which takes a string, exclaims it, and returns the length:

So far so good. Now let’s see what happens if we reverse the order of composition:

Oops! We calculated the length first, which gave us 4. But then we tried to call #upcase on the result, which doesn’t make sense because Integer doesn’t implement #upcase. In this situation I often think of the analogy of trying to fit together two mis-matching jigsaw puzzle pieces.

I don’t think it’s the right tool for every job, and as programmers we have a responsibility to write code which is as clear and maintainable as possible. But being able to succinctly combine discreet functions into more complex, powerful functions is a tool I’m glad to have available.