Quick Note: This post is about increasing version number visibility in iOS, but Android projects would benefit from a similar approach!

Why do I need to know the version number?

I can’t tell you the number of times I’ve had this kind of conversation when trying to process a bug report:

Customer: Hey, the app isn’t [doing the thing it’s supposed to do].

Me: That’s a problem! Let me try to reproduce it.

Me: cannot reproduce the problem

Me: Huh. That’s weird. What version are you on?

Customer: How would I figure that out?

This is one example that demonstrates why you need to make your version information accessible in as many places as possible. If you haven’t provided your users multiple ways to identify what version they’re on, you can get stuck quickly.

Knowing the version number can help with many different situations:

Where should my app display its version number?

If your app crashes on launch, a user isn’t going to be able to look in a Settings menu to tell you what version it is. Showing the version number on the launch screen storyboard is a great way to solve this problem:

Note that the launch storyboard can’t be changed dynamically when your app launches. But what you can do is dynamically update a static label on your LaunchScreen.storyboard as you create your build through a little scripting and a custom Build Phase.

Start by adding a label to your LaunchScreen.storyboard: 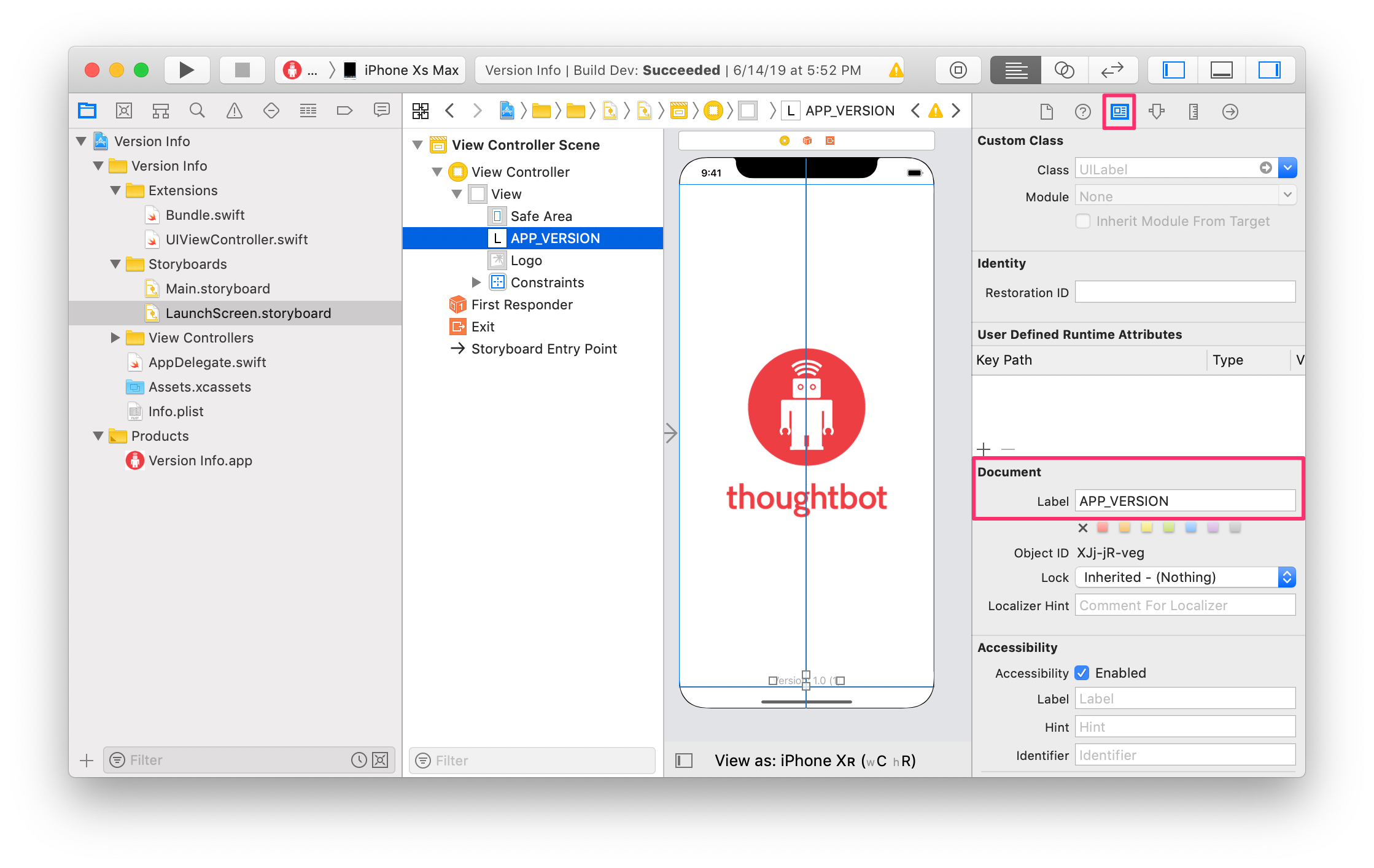 You should see a strip of tabs that includes General, Capabilities, […], Build Settings, and then Build Phases.

Note that the path in the sed command must match the path to your LaunchScreen.storyboard. In this project, it’s saved under the main project folder in a folder called Storyboards.

In any kind of Settings menu, User Profile menu, or About popup

This is the spot that you will most likely direct your user to when they ask the question, “How do I know what version I’m on?”

You want it to be easy to navigate to, because you will either be writing instructions to someone in Slack or in an email, or talking them through it on the phone.

Other than that, there aren’t any guidelines. Just be sure you report all the information you need:

When the app first launches

Log your version information to the console in AppDelegate.swift, at the very beginning of application(:didFinishLaunchingWithOptions:).

It’s good practice to log your version info to the Console on launch. Why? A few reasons.

When you check in changes to Info.plist

This is tangential to the above, in that it’s not something your users will see, but if you use the version number as your git commit message for Info.plist, it makes it incredibly easy to visually scroll through your commit history and identify what features and fixes were present in a particular version. 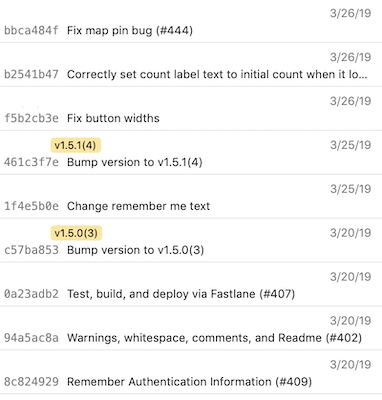 How about some code samples?

Can I download a working project to see all this in action?

Of course! A working example of this post is in a repository in GitHub that will continue to evolve and be referenced by multiple posts.

Thanks for reading, everyone!

May this help you and your users in all your projects.