One of our newest projects here at thoughtbot is a taxonomic naming app called GNITE which we’re building for the Marine Biological Lab. As designer on this project my first challenge was to get a basic understanding of the subject matter and the goals of the project, but I found the information to be complicated especially for someone new to taxonomy. We had the pleasure of visiting the Marine Biology Lab in Woods Hole, MA on Cape Cod recently and in the meetings I dusted off an old note taking trick I frequently used in college but with new tools —an iPad and Adobe Ideas app.

Design is often about reducing complex systems to their simplest form. Our meetings at the Marine Biology Lab could have produced pages and pages of comprehensive notes but my goal was to organically absorb as much information as possible without the distracting task of transcribing information. Using Adobe Ideas, an iPad and a stylus, I took visual notes, writing down key pieces of information, embellishing them, and organizing them visually. The embellishment is the key part - it leaves your ears open to what’s being discussed. When looking back at my notes I can clearly remember who was talking, what the sentiment was, and other subtle things that could be forgotten during normal note taking. The visual nature of the notes jogs my memory in a way pure text or handwriting doesn’t. The outcome is an understanding of a simplified gestalt which isn’t burdened by details.

Adobe Ideas allows fractalesque zooming. You are able to use vast scale differences to communicate importance as well as benefit from a very flexible canvas, so you almost never run out of space taking notes. 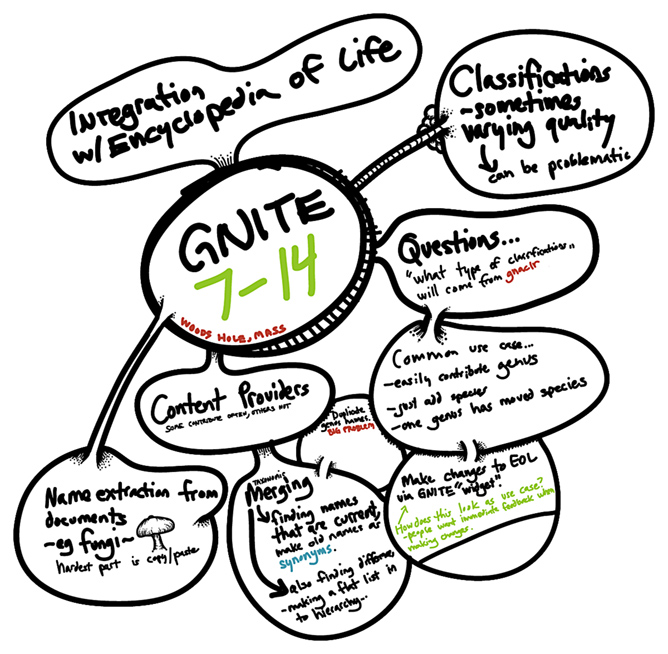 Check out that mushroom! Someone said “fungi” so I drew a mushroom. As my theory goes, I absorbed whatever was said after that (it was an anecdotal tale of conflicting fungi names, I believe). 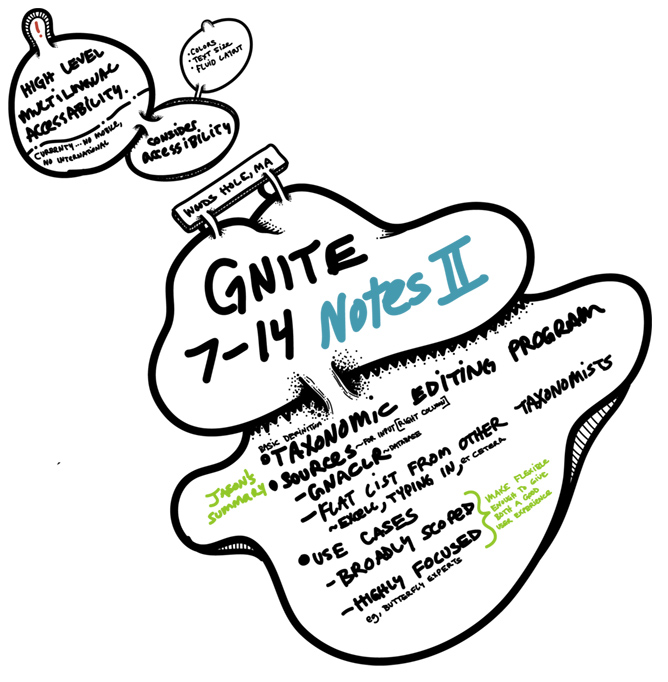 But won’t you miss important details

The drawback to taking notes like this is that many details will never get written down. If those details are critical bring a voice recorder. In my case there were two developers in the meetings as well, so I was confident our team-like approach would yield all necessary information (and it did).

One of the most exciting aspects to this project is it’s open source which opens the possibility to documenting the building process in ways we usually can’t with most client work. This is the first in what I hope will be a series of posts documenting the design process all the way through to the final product.