Here’s a fun mental shortcut I recently learned: getting the histogram distribution in Ruby is double #tally.

Consider this opening passage from the novel A Tale of Two Cities:

We’d like to build a histogram of letter frequency. How would we get those numbers?

Enumerable#tally is a method that was introduced in Ruby 2.7, equivalent to the older solution group_by(&:itself).transform_values(&:count). We start by turning the string of text into a cleaned array of normalized characters which I’m calling corpus.

Calling #tally on that array tells us how often each letter is used:

Graphing it visually we get:

We no longer care about the individual letters, instead we want to #tally the frequencies:

The next time you’re trying to calculate a histogram, bring out the handy double #tally!

And for those who are curious, here’s what the distribution looks like for the whole book. Note that each column represents a range of values in slices of 5000. 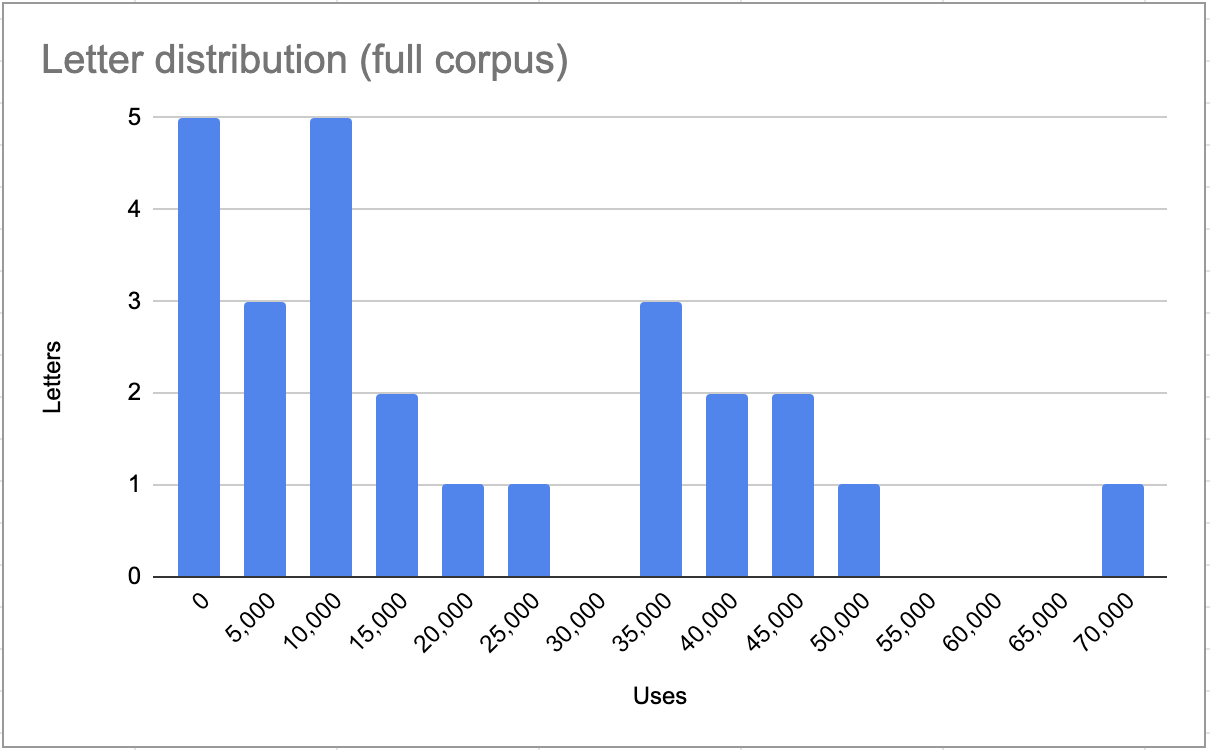