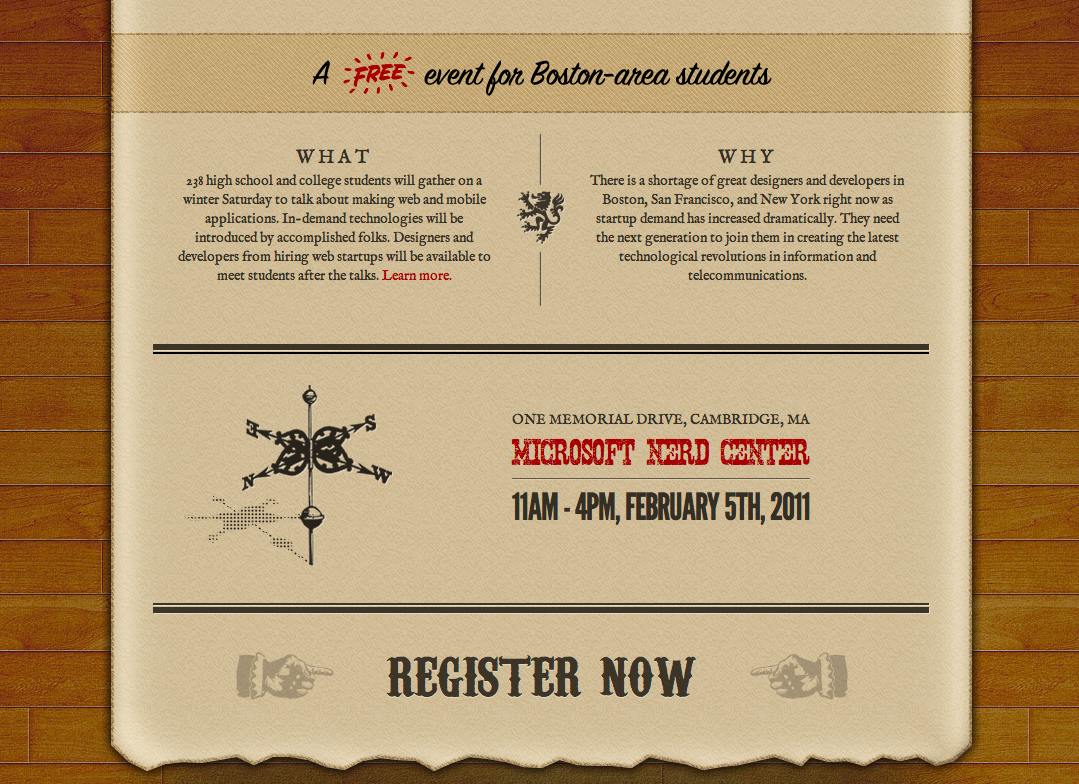 It looks awesome in part because of liberal use of @font-face.

These days, it’s simple to use @font-face. Just use a stylesheet referencing a web service like Google Font Directory:

… then use the font as part of a normal CSS font stack:

There are plenty of commercial @font-face web services, which Kyle has covered in detail.

To solve it, we included the font files in our git repository. This worked, but wasn’t ideal:

So our next attempt was to upload the @font-face stylesheet and font files to S3 and serve them directly from there like:

At first, this seemed to work well. We could set some HTTP headers to handle caching and everything seemed like it was in the right place:

However, Firefox (and probably some versions of IE), balks at this technique because of the same origin policy.

On S3, you’re not allowed to tweak the Access-Control-Allow-Origin HTTP header to allow Firefox to serve your font from S3. There’s a long Amazon thread where S3 customers are asking for this ability.

However, even if you could set the Access-Control-Allow-Origin header on S3, you also want the Content-Type, Cache-Control, and Expires to all also be set in a standard way. It’s a pain to have to do that manually.

Our final solution was a small Sinatra app called Fist Face. It is now open source under the MIT License and it solves all the problems we experienced.

It works exactly the same way as Google Font Directory, Typekit, or any other @font-face web service, except that you have full control over it:

To use Fist Face, this is all you have to write:

Then deploy it. Follow a few conventions in the README regarding your asset host (ex: S3) and a few minutes later, you’ll be serving fonts via your own @font-face web service.

Why would I want to do it myself

If you’ve run into the same issues that we did, have you solved this problem differently?

Among the weaknesses of this approach are:

With an open mind, the last weakness is actually a strength. Typography is pretty interesting. You’ve got all these independent type foundries doing beautiful work and some release their fonts for free under permissive licensing.

In that way, hunting great typefaces for your @font-face web service is like building your own art collection. It can differentiate your work.