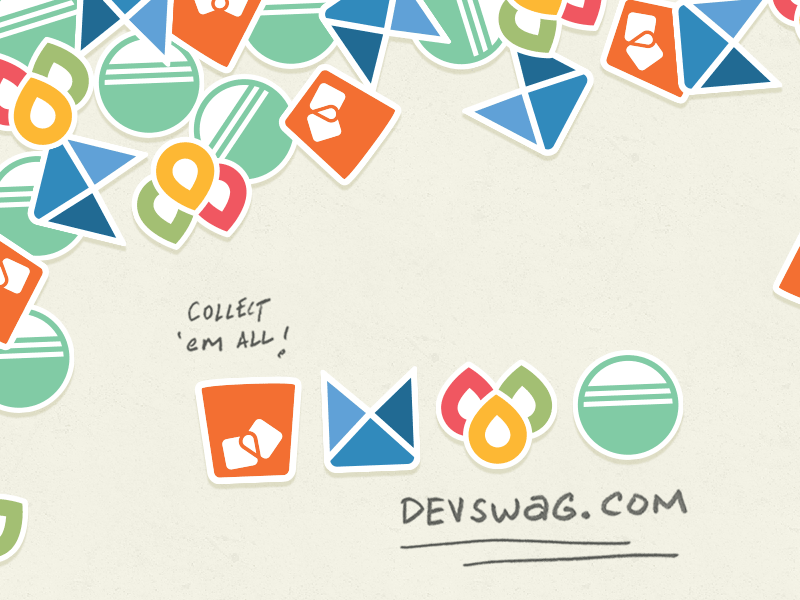 DevSwag is pretty great. Odds are you’re rocking one of their offerings right now. We wanted to be part of that, and thanks to Leah and Kait at Tilde now we are. Starting today you’re able to purchase stickers from the whole Bourbon family to your heart’s content. Just think of all the spectacular places you’ll be able to stick them. It’ll be great.

DevSwag is selling four packs with the following configurations for the bargain price of $6 each:

Bumper stickers came about during the 1940s when a Kansas City screen printer named Forest P. Gill figured cars might be a good advertising venue – since they moved around town and had a near constant audience.

Interestingly enough, bumper stickers went through an iterative design process. The first ones were basically large banners made from a flag like material and attached to the bumpers of cars with some wire. It was pretty ad-hoc, but thankfully Forest figured it out eventually. He went from flag material to paper, cardboard, and ultimately the configuration we have today – vinyl with an adhesive back.