Long-lived feature branches are not ideal, but they are sometimes unavoidable. When working with big teams and large codebases, it is reasonable for feature development, dependency upgrades, and refactorings to happen simultaneously.

I recently found myself trying to rebase a feature on top of a large piece of refactoring. I did not feel confident after the rebase was applied, and decided to compare the current version of my branch against how it was before the rebasing began. The diff I got was not what I wanted, so I reverted the rebase and tried again.

Saving the SHA of my not-yet-rebased branch to a variable so I could run git diff $before_rebase_sha after rebasing quickly became a pattern for me while developing that feature. The issue was I didn’t always remember to export before_rebase_sha=$(git rev-parse HEAD) before I started rebasing, which made so I had to spend quite a lot of time looking staring at the output of git reflog.

What I was missing was something that showed me the changes caused by my rebasing and reverted them when I wasn’t happy. So I built that.

git log --oneline on my current repository returns the following:

But I’m not quite happy with my second commit, which looks like this:

I want to get rid of those ‘y’ at the end of the first lines of both my files. In order to do that, I will run

And I will choose to edit that specific commit: 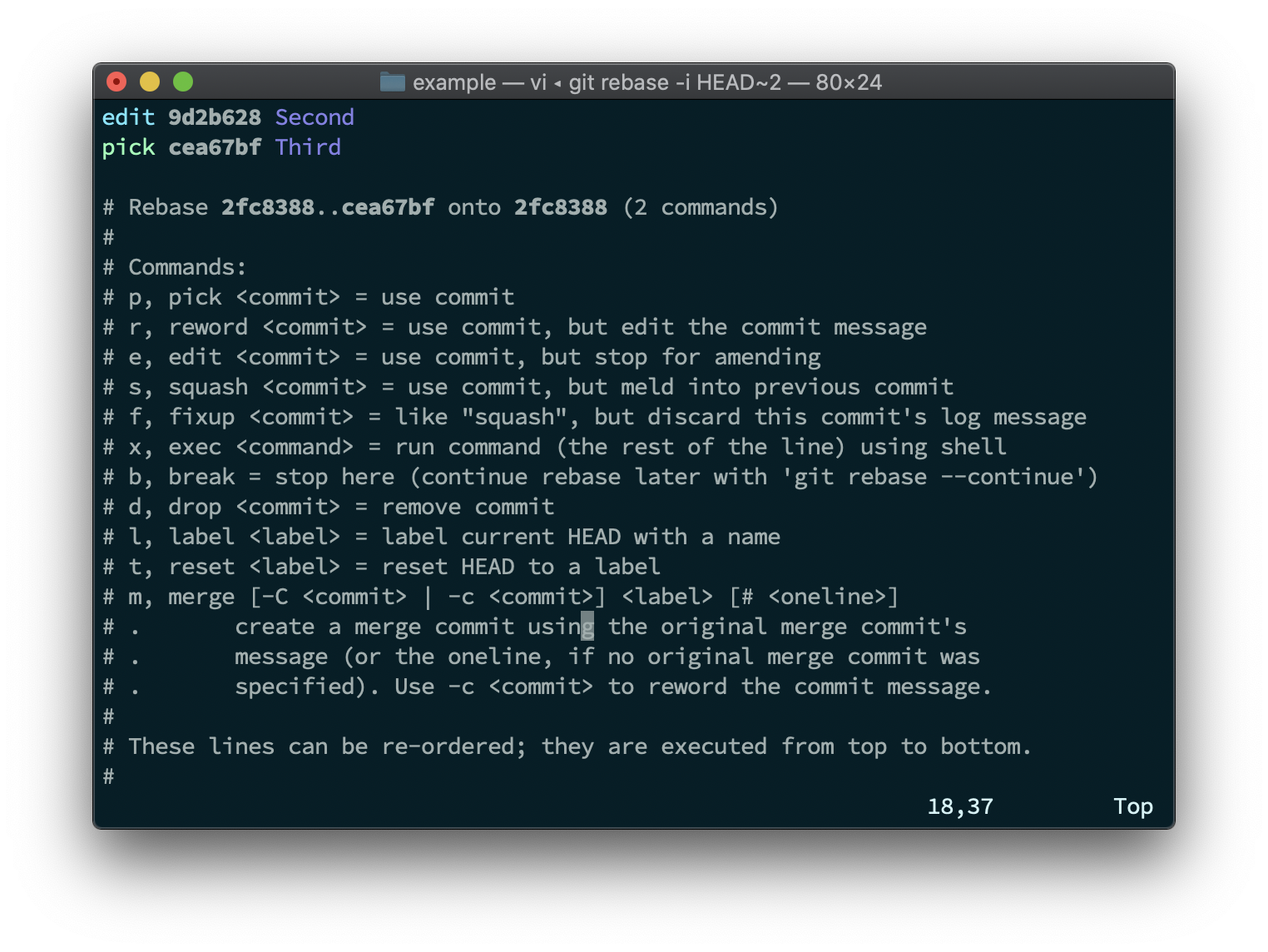 But my change resulted in conflicts: 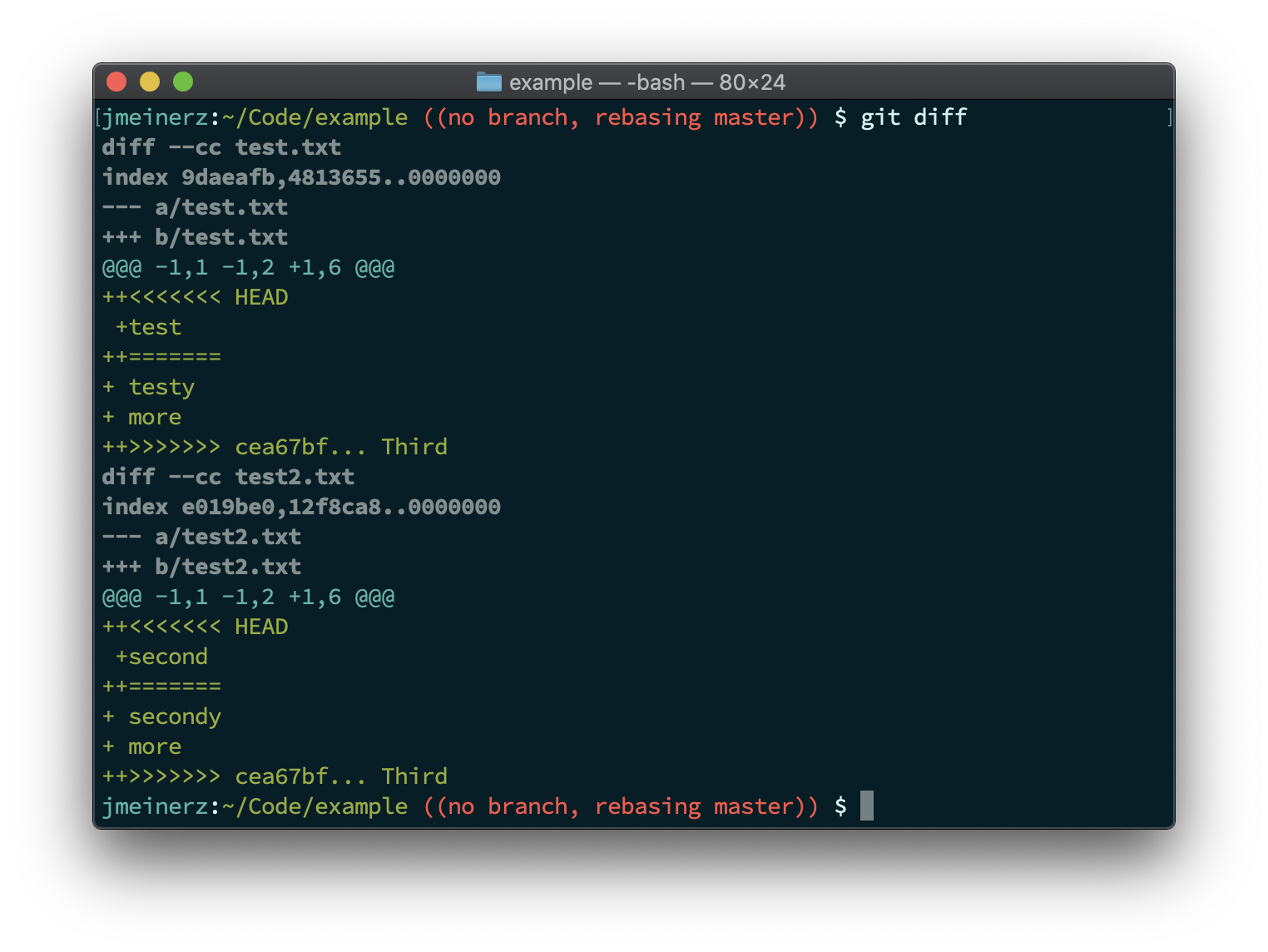 After solving those conflicts and running git rebase --continue comes the part that used to bother me. Now, thanks to a small amount of automation, I get a diff displayed to me in a friendly way. I can also reset my branch to how it was before I started rebasing if I so wish: 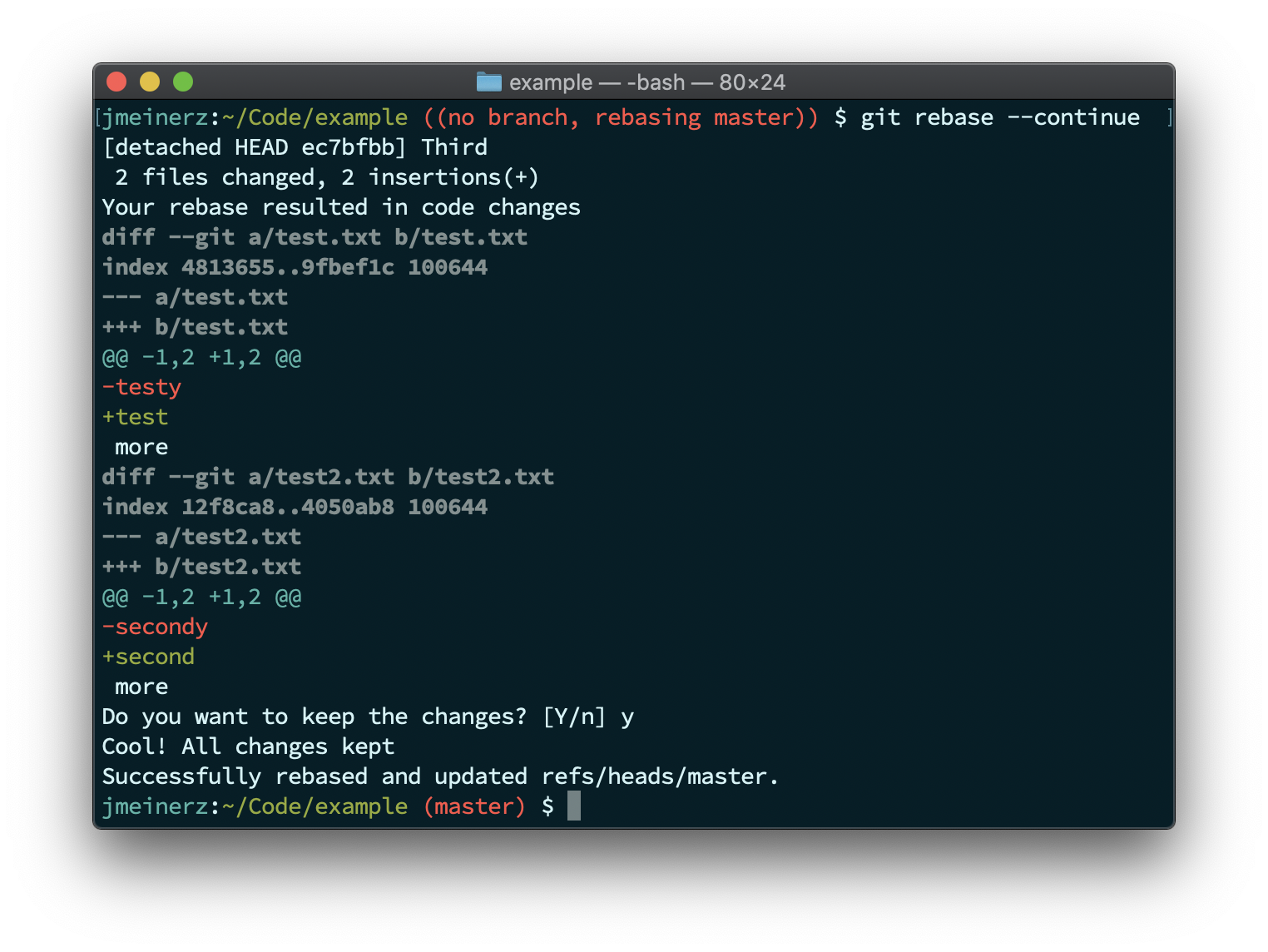 How I built it

Using git hooks, I created a pre-rebase hook to write the SHA into a file I could read later on:

And a post-rewrite hook to show me the diff and ask whether I want to keep them:

Would you like to try it out? I have created a GitHub repository with the code and instructions on how to add it to your projects.