Real Simple Energy is an early stage startup making consumer energy selection an easy to understand and manage process that results in cost savings for the end user.

Even though power is deregulated in many states, it’s still run by the traditional industry giants. The market has been kept intentionally confusing and difficult to navigate for everyday consumers. Real Simple Energy is democratizing energy with a focus on user-friendly and accessible energy selection.

Co-founders Trent Crow and Matt Herpich, both from the power and energy sectors themselves, reached out to thoughtbot to design, build, and launch their Minimum Viable Product (MVP).

“ What was remarkable to me about working with thoughtbot was how they were truly putting themselves in not just our shoes, but our customers’ shoes. They aren’t just writing code for a requested feature, they’re solving for use cases with you. That was awesome. ”

While Matt was adept at data science and coding, neither Matt nor Trent had experience building web apps.

They had a database against which they were applying some algorithms and Python scripts that could derive energy costs, but they needed to build this intelligence into a fully-functional front-end and back-end that could be put in the hands of real customers.

Additionally, Trent and Matt were looking to move fast in order to validate or invalidate their business concept.

To begin the engagement, thoughtbot ran a design kickoff with Real Simple Energy to test assumptions and prioritize a lengthy list of potential feature directions. 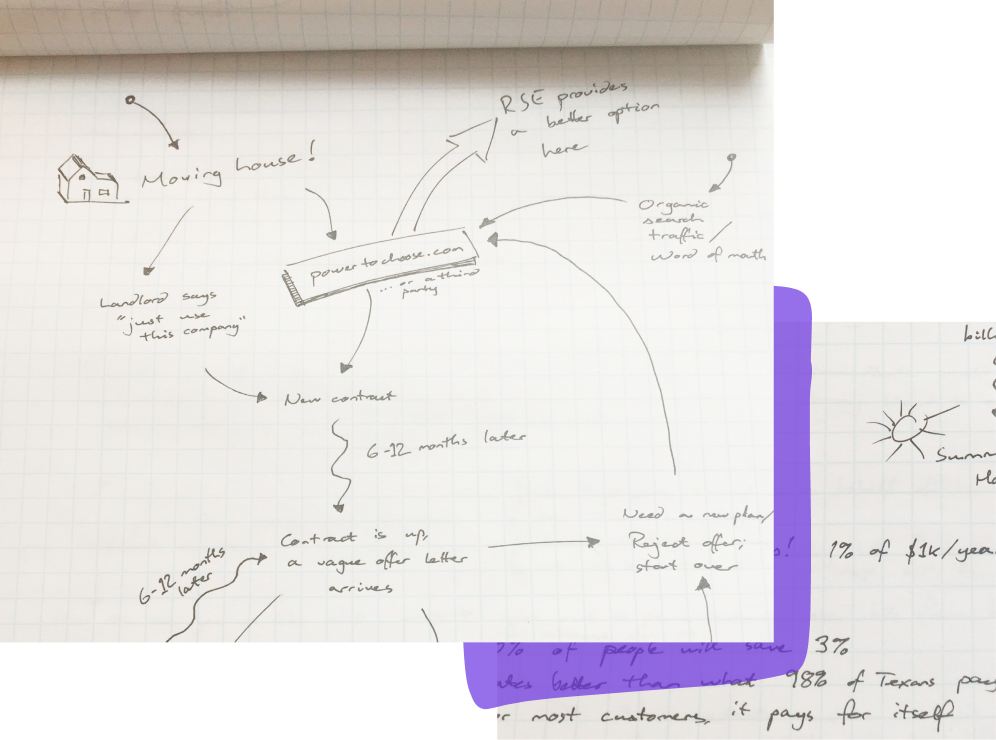 In addition to bringing user-centered design expertise to the product development, the thoughtbot team worked with Real Simple Energy to build the first version of their product as a Django application, complete with an administrator interface and user portal. As the application grows it will need to handle more and more data, and is likely to start making use of machine learning—this made Python the perfect fit. As an added bonus, Matt was already familiar with Python, and Django has a great admin interface out-of-the-box which helped to speed up development.

“The best part of the experience with thoughtbot was learning their process. They have a method and focus, especially in the beginning of the project, that didn’t seem important to me on the surface. But when we got further into the engagement, we started building upon that work and it all made sense.”

After a few months of design and development work with the thoughtbot team, Real Simple Energy transformed their vision and algorithms into a customer-ready product. Their new SaaS solution was successfully activated with a select beta group of 15 paying customers.

Matt and Trent were pleasantly surprised that the project stayed on budget and the only unexpected outcome was that the final product had more functionality than originally planned. The co-founders also learned a lot about product design and development that they will carry on as Real Simple Energy continues to grow.

“Working with thoughtbot isn’t like working with a dev shop or agency. We were a part of the process the entire time, we built it together, and at the end of the engagement, the transition over to us was that much easier.”