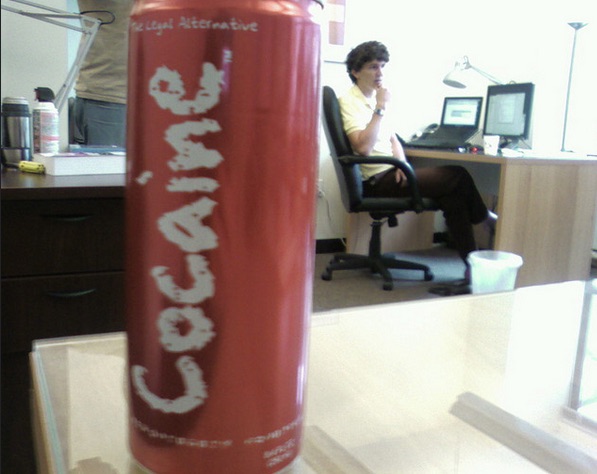 thoughtbot prides itself on exploring a variety of methods of boosting productivity. Recently we discovered an illegal substance at a nearby health food store, and almost all of us have at least sampled its effects. A few of us, however, have continued to consume it. In reality this few of us consists of only me. Join me as I go through the motions of writing, to take up enough space to justify showing photos. 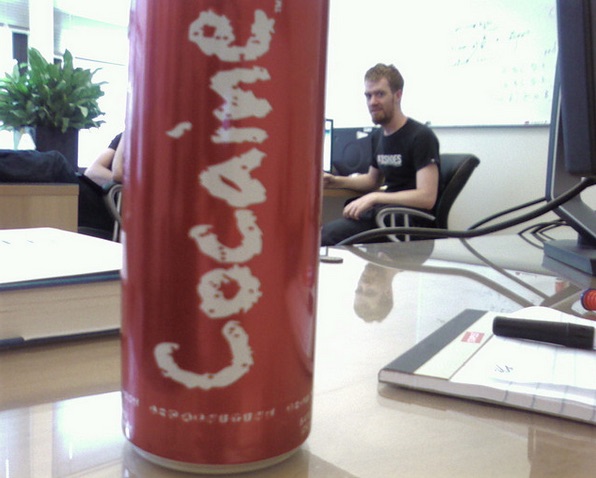 After you’re finished suffering, you may experience a feeling of energy, quaking, and creativity. These sensations prompted me to take poor camera phone shots of my coworkers, during our daily struggles and tragedies, as poster children for Cocaine’s potent formula and philosophy. The set in full is on my Flickr account.

To drink Cocaine as a regular habit imbues your daily life with an unnatural paranoia. Walking down the street and discussing the matter is not simple; I have to keep my ears to the ground for the sounds of law. People have been coming through here for interviews, since we’re hiring and all, and when talking with them about what we do here, I simply do not feel like I can be frank with them. I have something to hide. 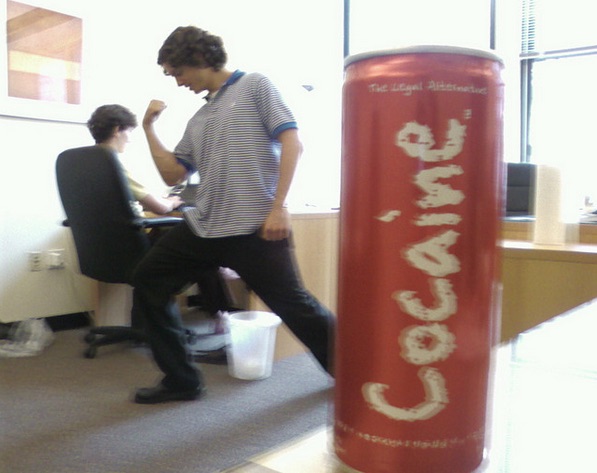 The gentlemen running the store where we purchased the devil liquid is a jovial man, who is fully aware of his tenuous legal position and enjoying every minute of it as the cash rolls his way. He told me the burning sensation is from Cayenne peppers ground into the fluid, but the ingredients list is not backing up his claim. My explanation for the pain is that it is our sin.

You’ll have an easier time finding Cocaine under its new name, _____, or Insert Name Here:. If you know which health food store I’m talking about, where I found it under its banned name, don’t bother going. I’ve cleaned it out. And I drank everything I bought. But I’m done with it now anyway. I don’t need it to have a good time. I don’t need it to lower my inhibitions. I’m doing just fine without it. I won’t be looking for another source. But if you do know of one, feel free to comment here.