Once thoughtbot opened its doors in NYC, we immediately set our eyes toward expansion. Knowing our growing team would be in constant collaboration with clients and the rest of thoughtbot throughout the world, we searched for a space that allowed freedom to brainstorm, pair, and create.

Justin Dziama, our national tenant representative and realtor for Avison Young, had negotiated the leases of our Denver and SF offices, and he was familiar with thoughtbot’s workflow. He and his partners, Anthony LoPresti and David Cohen, guided us on every step in the year-long process of locating and signing on our new home in the heart of the Fashion District.

Close to all transportation lines, but just outside the bustle of Times Square, our 8,622 sqft office is a streamlined and open haven for creativity. Thinking outside the box, we secured two large fashion showrooms (one belonging to Mary-Kate and Ashley Olsen, the other to, wait for it…Beyoncé), and broke down walls to completely redesign the 20th Floor into a space that is markedly thoughtbot.

Like any thoughtbot project, we assembled the best team for a job with many moving parts: architects and designers from Vocon, project managers from New Vista Space, contractors and electricians from IG Construction Group, Bowman, and Pronto, network management from Thrive, security from ADT and Grid Squared, superintendent Charles Roskosky from NGKF, and purchaser Robert Fodor from Robert Fodor Design.

With everyone on board, using the same tools thoughtbot uses every day, we fleshed out something more than high ceilings, chic conference rooms, a gorgeous kitchen and views (which we totally have). We built a place for continued growth, not just in size, but in talent, experience, and vision. We built something that wasn’t here before – and we invite you to join us in building your vision too. 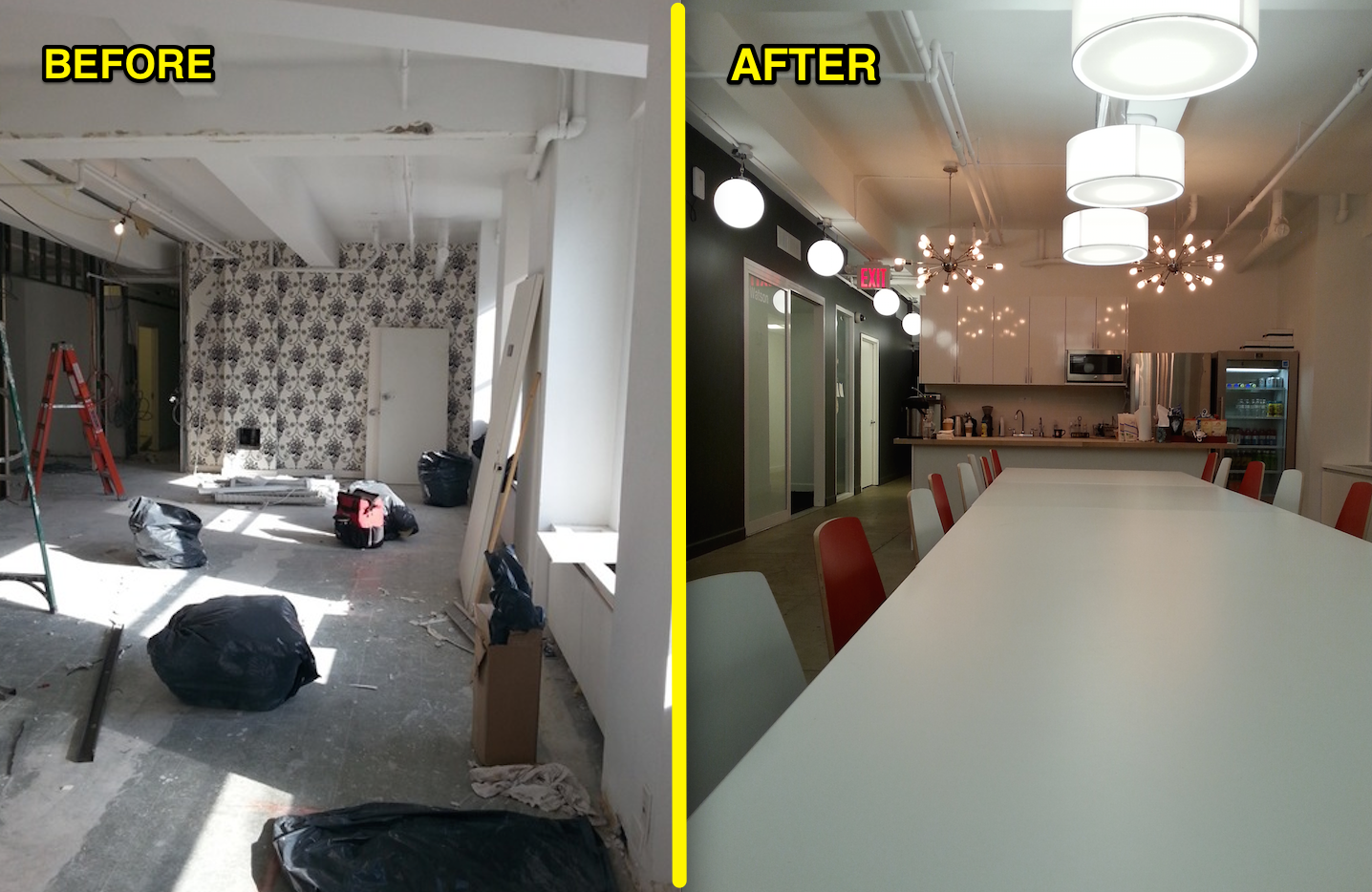 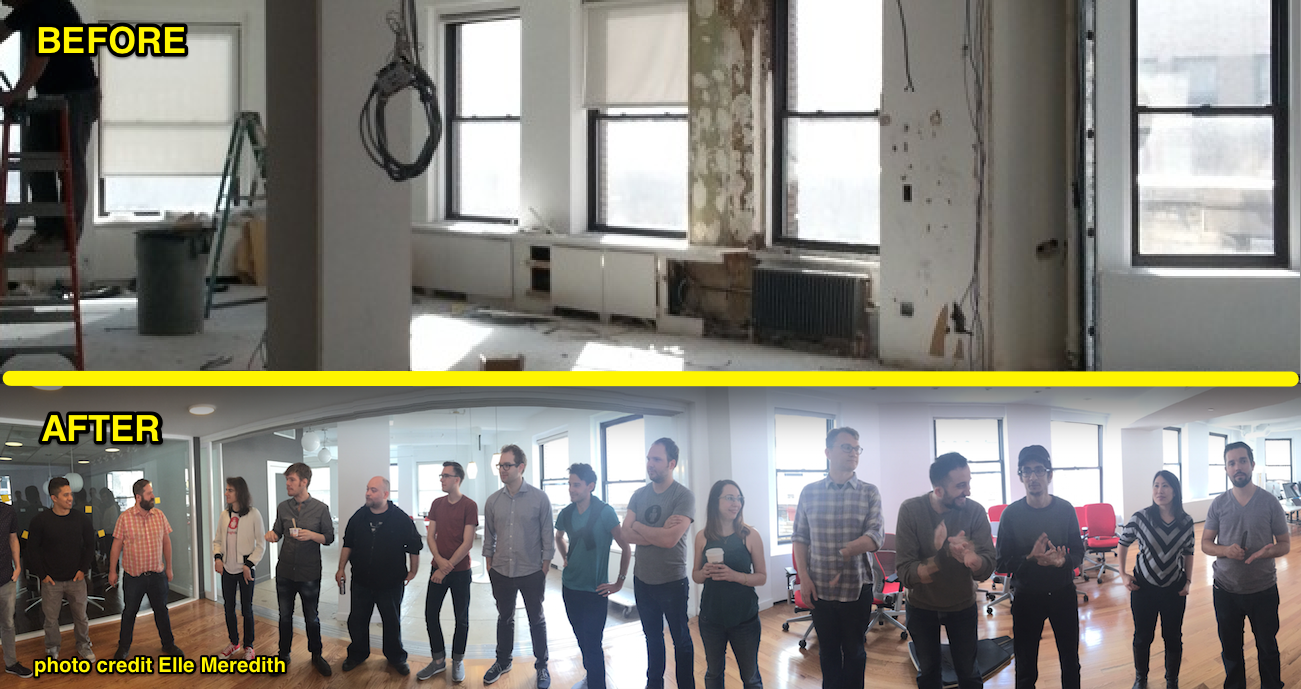 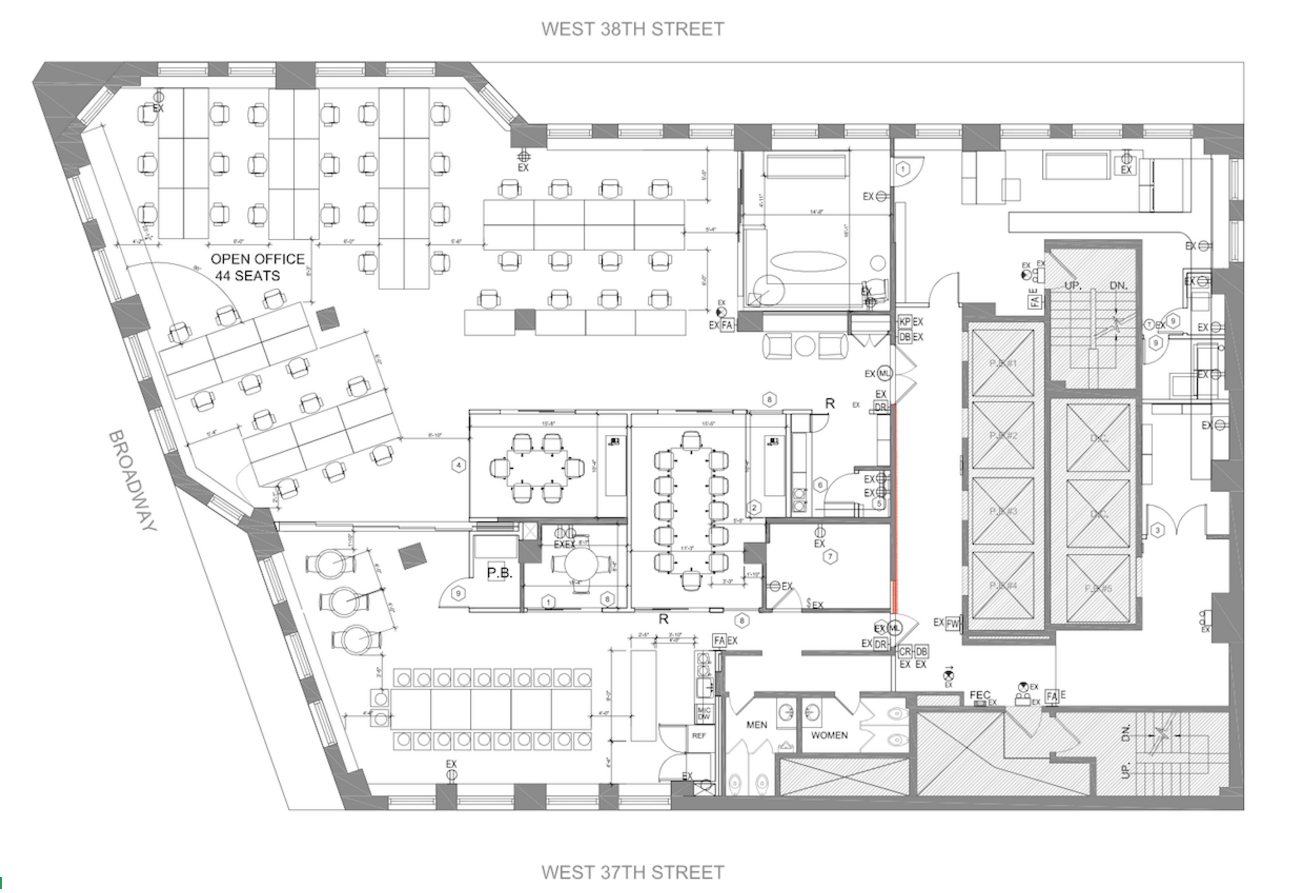